The Nation States of An Age of Steam, Steel and Iron: Part Four

United States of America, ruled by President Rutherford B. Hayes, the states of the American Union: the District of Columbia, Maine, Vermont, New Hampshire, Massachusetts, New York, Rhode Island, Connecticut, New Jersey, Pennsylvania, Delaware, Maryland, West Virginia, Ohio, Indiana, Kentucky, Michigan, Wisconsin, Illinois, Iowa, Minnesota, Kansas, Missouri and Washington are bitter, angry and defiant following the disasters of the American Civil War of 1861-67. The Union government struggles to hold onto the now disputed and chaotic western territories, which have fractured into a thousand mini-states, enclaves and self-styled republics. A new seccession crisis has fractured the American dream even further then the previous civil war did; California, Nevada and Oregon have broken away from the Union in 1885. Utah, followed in 1887 after a wave of renewed and virulent Anti-Mormon sentiments swept throughout the Union. The ongoing and bitter post American Civil War military occupation of Missouri, now refered to by all sides as 'Bleeding Missouri', threatens to restart the war with the C.S.A. Further distracting the Union, sapping it's wealth and resources, a new series of Indian wars have broken out and caused the formation of two new and militant native states in the West. The Lakota Nation, west of the Missouri river in the Dakota territories. This Plains Indian nation sprawls across the Dakotas, Wyoming and the Nebraska territories, while the Navajo Nation, is centered on the "Four Corners" region of Utah, New Mexico, Arizona, and Colorado. 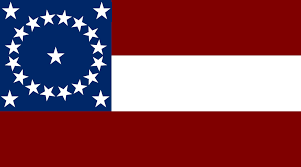 Confederate States of America, ruled by President Samuel Bell Maxey, the states of the American Confederacy: Virginia, North Carolina, South Carolina, Georgia, Alabama, Louisiana, Mississippi, Tennessee, Florida, Arkansas, Texas, Oklahoma, South Missouri, South Kentucky, Confederate Arizona and New Maryland have been left utterly exhausted by the 1861-67 War of Independence and the subsequent and disasterous 1873 war with Imperial Mexico. The C.S.A. now only wishes for peace and time to recover from the ravages of war. War however looms on the horizon, this time between the Confederacy and Spain over Cuba and Puerto Rico which are coverted by elements within the confederate congress. Simmering tensions between the U.S.A. and the C.S.A. over the continued and often brutal military occupation of the state of Missouri (which just missed being included in the Confederacy) threaten the fragile peace of 1867. The tacit support given by the Confederate government to the emergent Navajo and Lakota Nations and the I.S.A. has done nothing to smooth already strained C.S. and U.S. relations. Confederate diplomatic relations with it's former wartime allies, France and Great Britain are now at an all time low, following the failure of the Confederate Congress to honour many of it's wartime treaty obligations: Particularly the proviso to abolish Slavery within it's territorial borders in it's entirety.

Independent States of America, composed of the former Union states of California, Nevada and Oregon, which broke with the Union throughout 1885. The I.S.A. is ruled by a special council of three governors and a popularly elected parliament of citizens, the Chamber of Deputies and the I.S.A. Senate with San Francisco serving as the Federal capital. The I.S.A. formally declared its existence in 1886 with the direct political, economic and military union of the three states, the independent Mormon Republic of Utah is not actually a member of the I.S.A. (contrary to Union propaganda and the Yellow Press) but is more of an associated state or allied power. The I.S.A. has designs on the Idaho Territory and the Arizona and New Mexico Territories as well as the Union state of Washington, to solidify it's territorial cohesion. However the I.S.A. offensive into Washington has stalled, the Oregon and California coasts must contend with an increasingly active and effective blockade by the Union Navy, while a deadly game of strategic maneuvering goes on in New Mexico Territory, as yet without decisive results to either side. The Union Army stands dangerous at the doorstep of the Mormon Republic with the siege of Salt Lake City, I.S.A. field columns and air units from California and Nevada are moving to break the siege and drive the Union Armies back into Colorado. Time will tell if they are successful or not.

Mormon Republic of Utah, Utah left the Union in 1887, declaring it's independence before God and in defiance of the Union Government's tyrannical threats. The Mormon Republic considers itself a co-belligerent in the war against the Union being waged by the I.S.A., the Lakota and the Navajo Nations. Utah also regards itself as the spiritual leader of the Thousand Enclaves and works to strengthen their resolve to resist re-annexation by the Union. Utah relations with the Lakota are distant and often strained but endure because of a common foe. Relations between Utah and the Navajo Nation are by comparsion extremely tense, confrontational and often at cross-purposes. As 1889 dawns, the Mormon Republic stands endangered, with five Union armies assembled within twenty miles of the capital, Salt Lake City. The rock of the Mormon defense is the battle tested and veteran Nauvoo and Deseret Legions, backed up by the Utah State Guards and the Mormon Militias. 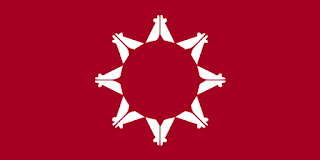 Lakota Nation, comprising the Sioux and other Great Plains Indian lands and tribal reservation territories in the Dakotas, Montana, Wyoming, Nebraska and the Colorado territories. The Lakota have been at war with the Union government since 1868. The Lakota Nation has received qualified and very covert military, economic and political assistance from both the Independent States of America and the Confederates States of America. Although there is no formal alliance between the nations, relations are workmanlike and all three states recognize that a resurgent Union is most definitely not in their best interests.

Navajo Nation, comprising Navajo and other native tribal reservation holdings in Southern Utah, Colorado, Arizona and New Mexico Territories, the Navajo have like their northern plains brethren, been at war with the Union since 1868. The Navajo Nation, also has relations with the I.S.A and C.S.A., although they are somewhat cooler then the Lakota, although just as workmanlike. 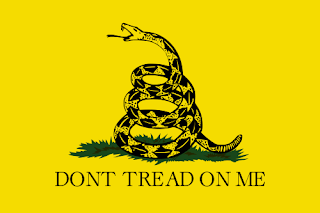 The Thousand Enclaves, the bulk of the now disputed western territories (Montana, Idaho, Wyoming, Colorado, Arizona and New Mexico and parts of Nebraska), is under no single state's control. The Union Army, often as not, only controls the ground it happens to be standing on. The Union Army often has to deal with tenuously long supply lines back into Union territory in Minnesota, Iowa and Kansas, that feed troops, artillery and other much needed logistical supplies to the various armies, independent corps and detachments scattered across the West and Midwest in an attempt to control and administer the area. The Independent States Army has much the same logistical problems. The Second American Civil War rages across thousands of miles, at many points across the vast area. Many townships, villages and hamlets answer to neither the Union nor the I.S.A. claiming their own fragile independence, raising their own militias and levying their own taxes, and trying to survive: at least they do until the Union or Independent States Army or someone else arrives...
Posted by Sir Leo Stanley Worthing-Topper at 1:49 PM