Nation States of An Age of Steam, Steel and Iron: Part Five

Mexico, ruled by Emperor Maximilian I, has struggled for stability and prosperity ever since it won it's freedom form Spanish colonial rule. Civil wars, wars with the United States in 1846-48 and Confederate States of America in 1873 have marred Mexico's steps towards both peace and plenty that are the earnest hope of it's citizens. Under the House of Habsburg, a corner has been turned with the future seeming much brighter and internal peace a solid reality after much strife and conflict.

Hispaniola, the only other empire in Central America, formed by the union of formally French ruled Saint-Dominque (Haiti) and Spanish ruled Santo Domingo (Dominica) during the Revolutionary and Napoleonic Wars. This sometimes turbulent country, ruled by an elective monarchy and inhabited by the descendents of self-freed African slaves has effected a measure of political and economic stability, further it has successfully resisted repeated attempts by the Great Powers and the Union and Confederacy to dominate it. The Emperors of Hispaniola have typically been selected from members of the Dessalines, Toussaint L'ouverture or Christophe families. 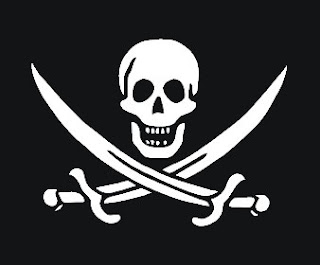 Tortuga, the fabled Pirate Isle, ruled for centuries with an iron fist by the mysterious Captains Council: a body of thirteen individuals who's identities are concealed behind decorative masks and body armours, nothing goes on in Tortuga without them either knowing about it or taking a cut of the profits. Tortuga is considered the informal capital and home of nearly every pirate, privateer and mercenary in the Western Hemisphere. A strange land of towering mountains, menacing castles and glowering fortresses, tropical forest shrouded plantations, crowded shanty towns and sprawling dockyards, colourful street markets, storehouses, alehouses, brothels and inns. Here in Tortuga, everything is negotiable and everything has it's price.

El Salvador, reckoned the smallest but most densely populated country in Central America, it's people largely being Mestizos of European and Indigenous American descent. Home to several Mesoamerican nations of the past, the Cuzcaltecs, the Lenca, and the Maya, and later the Spanish Empire, the country has a rich history. Chronic political and economic instability is almost a fact of life here however, as are coups, revolts and a succession of authoritarian rulers. Indigo and Coffee planting are twin motors of it's economy.

Honduras, sometimes refered to as Spanish Honduras, to avoid confusing it with neighbouring British Honduras (Belize), has been like it's neighbours a home to several important Mesoamerican cultures, particularly the Maya. Honduras won it's independence from Spain in 1821, becoming a republic shortly thereafter and has endured much social strife and political instability and poverty since then, despite the country's rich resources, which include minerals, coffee, tropical fruit and sugar cane as well as a growing production of textiles.

Panama, this small country holds the key to swift passage between the Caribbean Sea and the Pacific. Formally a province of Colombia, Panama won it's independent through the intervention of Imperial France, who financed and built the great canal and lock system during the 1850s and 1860s that allow ships to pass, safely and with reasonable quickness from one ocean to another. With France's defeat in the Franco-Prussian War of 1870-71, Panama took direct control of the Grand Canal, and with it the tolls and revenues generated by it's operation. Recently the canal has been shut down to oversee the widening and dredging of the canal and the rebuilding of the locks, to allow the passage of more modern and larger shipping, then were previously able to use the system including the largest ironclads.

Guatemala, reckoned the most populous state in Central America, with a functioning representative democracy, was once the core of Maya civilization it's culture representing a interesting, rich and distinct fusion of Spanish and Indigenous influences. While conquered by the Spanish Empire, the country won it's freedom in 1821 and formed a part of the Federal Republic of Central America (along with El Salvador, Honduras, Nicaragua and Costa Rica), until it dissolved in 1841. Like many of it's neighbours, Guatemala has suffered through periods of chronic instabliltiy and civil strife.

Nicaragua, since gaining it's independence from Spain in 1821, the country has undergone periods of political unrest, dictatorship and fiscal crisis. The population of the country is more diversified then perhaps anywhere else in Central America, representing an unusual mix of indigenous peoples, Europeans, Africans and Asians. The warm tropical climate, active volcanoes and rich culture are beginning to make the country a attractive tourist spot for the fashionably wealthy of Europe and the Americas.

Costa Rica, is reckoned as perhaps the most sparsely inhabited of the countries in the area, although Spanish colonial rule changed that to some extent, although it remained a very peripheral colony of the empire. Following membership in the Federal Republic of Central America, Costa Rica declared it's formal independence in 1847. Unlike the majority of it's neighbours, Costa Rica has remained largely stable, prosperous and progressive without the revolts, coups and counter-coups that have so marked and troubled the other nations of Central America.