A New Beginning on the Gulf of Tadjoura 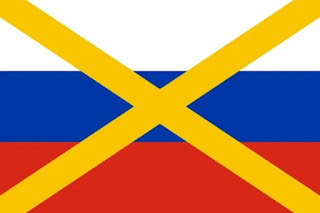 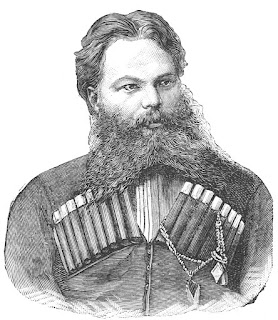 Nikolay Ivanovitch Achinov, Governor of the Free Cossack Colony of New Moscow (Sagallo) and Hetman of the Tadjoura Cossack Host.

The trio of steam ships anchored without fuss or fanfare in the placid waters of the Gulf of Tadjoura, off shore of the coastal village of Sagallo. Two of the ships were Russian registered, SS Kornilov and SS Lazarev, while the third SS Amfitrida was of Austro-Hungarian registry. The captain of the Amfitrida, which was acting as the convoy's flagship watched as the first boats and launches moved towards the shore to land and take possession of Sagallo, little more then a miserable collection of hovels as one of his officers had remarked when they had first arrived. Sagallo had in the centuries past been an important meeting point for the trade caravans travelling throughout the Horn of Africa region and beyond. Local dhows, trading thoughout the Gulf of Tadjoura and Red Sea, had and still did use the village as a transfer, watering and vitualing port. The Gulf itself offered much in the way of trade and resourse possibilies: timber from the coastal mangroves, Pearls and fish from the local fisheries and fishing grounds, as well as coral from the numerous reefs and salt from the coastal salt pans and marshes. All that was required was investment capital, organization and people.

The Ottoman Empire had come to rule the much of the area around the 16th century and had built a fort, barracks and outposts to secure and patrol the area around Sagallo. However the Ottomans had slowly begun a steady withdrawal of their interest and their administration and troops even before the Italy, Great Britain, Abyassinia and France had begun to stake claims in the Eritea and the Somilialands. The outcomes of the 2nd Anglo-Ottoman War had put paid to any further interest that the Ottoman Empire had, and their withdrawnal from had accelerated with indecent hast. In the end, the last of their outposts, camps, forts and barracks in the region had been left to rot or be taken over by the native Somali or Afar tribesmen.

The Russian Empire while greatly interested in affairs nearer to home in Central Asia, East Asia and the Balkans, had been encouraged to take an interest in colonizing efforts outside Europe and Eurasia. From what the captain understood from talking to the officers of the Russian expedition. So out to their scortched lands by the sea, had come some one hundred and sixty-five Terek Cossacks and thirty-four civilian colonists. Their leader was a colourful, robust fellow, the captain thought. Nikolay Ivanovitch Achinov, had gone out with the first boats to claim the fort and raise the flag of his free cossack colony, over Sagallo. Evidently Achinov had an agreement with the Sultan of Tadjoura for the lease of the lands in and around Sagallo. The Austrian captain had expressed concern to Achinov at the small size of the expedition. In colonies, particularly starting ones, manpower and skills were always at a premium. Achinov had agreed and pointed out that this group was merely the first wave of colonists, more would arrive in the next few days and following weeks. In the meantime, mindful of the needs of a developing colony, the three ships had been stuffed nearly to bursting with tools, machinery, construction and building materials, camp equipment and utentials, trade goods for business with the locals and munitions.

Which thought the captain, at least put the Cossacks off to a reasonable start. Although Achinov had been confident of his relations with the natives in the area. Some of his cossack officers and his colonists had expressed reservations about how the French were likely to response, once they realized the colony had been established in territory they claimed. The captain had warned them at a council meeting just before the first boats had been sent away, that the French had invested the majority of their attention on the south coast of the Gulf, they were not likely to take notice of anything going on with regards to the Northern side of the Gulf unless it was loud and dramatic. That said, the French had a Naval Squadron, consisting of a cruiser and three gunboats at the port of Obock. If the French were in the mood to be belligerant then they were in the position to do something about it.
Posted by Sir Leo Stanley Worthing-Topper at 4:54 PM