My Brother's Cosplay takes a further step forward for 2018

Adam's cosplay is now nearly finished, a few finalizing touches remain of course but essentially it's ready for wear for our 2018 Cosplaying Season. He decided on a Victorian/steampunk version of the Red Hood, with particular emphasis on the original character as a "master" or "mastermind" criminal, although combining elements of the more modern versions as they are more recognizable to people today.
It was remarked by no less an authority then Sherlock Holmes that Professor Moriarty was responsible for nearly all that was undetected and half that was evil in London of his day. Adam wryly responded to this when I mentioned it to him, "well, if that is so, then somebody must be responsible for the other half." 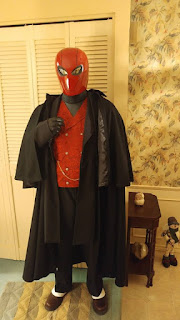 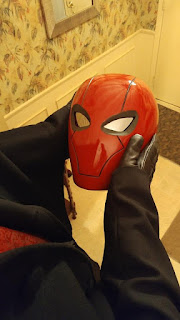 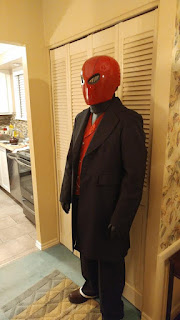 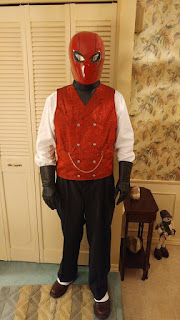