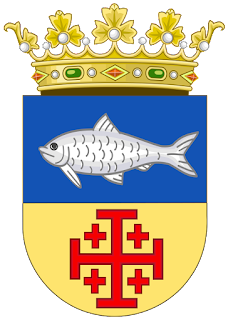 "Quite honestly, I am still surprised the Spanish government is even willing to bring the matter up. They have had to surrender or sell off so much of their colonial empire over the last two centuries, that they have shown a very stubborn resistence to parting with anything they have left." Haymerle commented once again tugging on his side whiskers thoughtfully.

"Well, consider it from their point of view, the Ifni Protectorate is surrounded on three sides by the Sultanate of Morocco. They have considerablely more valuable and extensive territories in northern Morocco, on the south side of the Straits of Gibraltar and the Spanish Sahara: the Rio de Oro as they sometimes call it, to the south of Morocco, adjacent to the Spanish Canary islands. If they feel they have to sacrifice one of their three remaining African holding to concentrate on the other two, then Ifni is the one they can afford with the least investment in it both from a national and emotional point of view." Archduke Friedrich remarked as he considered the matter carefully.

"And it would not kick up too much of a fuss for us domestically to accept the offer, although offically, the cabinet-council is not interested in further colonial adventures of any kind, we have all the trouble we need here at home or in the colonial holdings we already have." Haymerle, picked up a map of northern Africa from the clutter of papers upon his desk. "That said, I really do not know much about the place so I am not at all sure I could get the cabinet and His Majesty to accept the idea. The Spanish still have not told me exactly what they want for it, yet." 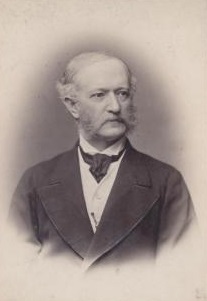 Haymerle, passed the map to the Archduke, who nodded in agreement with the foreign minister's skeptical mood. Archduke Friedrich looked at the Ifni Protectorate map critically for some minutes before commenting.

"Well it is a north African port, which would give us a station and stop off point on the Atlantic for our Navy and our Merchant Marine for other more important ports of call. I have briefly visited the place several times over the years. As I recall it is not an terribly exciting place, it's basically an enclave centered on the fishing port of Sidi Ifni with a few hundred square kilometers of sparsely populated hinterland surrounding it. That said, it is at least a quietly prosperous and largely contented place. I have never heard the Spanish having much problem administering the place. Though the Sultans of Morocco have had their eye on the protectorate though since the Spanish first put down roots there in the 1400s if I recall correctly."

"I imagine the Sultan will not enjoy the news that someone else might take over the place."

"I imagine not, but I think we can make such a deal acceptable to the Sultan's government, if we offer them some worthwhile economic or political incentives." 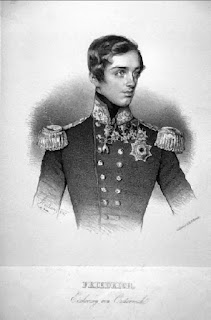 Haymerle frowned thoughtfully as he considered the matter once again, then sighed and tugged on his side whiskers.

"Well, I have sent for one of the former consul-generals we had assigned to the place, to give me some first hand information about the place and how it might be valuable to us. More importantly he can tell us, just how much trouble it will cause us locally if we do accept the Spanish offer. Assuming of course, we can actually convince His Majesty and the Cabinet-Council to accept the offer."

"When do you expect him?" Archduke Friedrich asked.

"Momentarily, actually. He is a naval officer, since Sidi Ifni did not require a full diplomatic offical, just someone to look after trade and the odd visiting Austro-Hungarian citizen or business group that might have cause to be in the enclave. He also looked after such military affairs as we had and as might be necessary in the region. He came back to Vienna last year and has been attached to the foreign ministry archives. He has been helping with the ongoing updates of the information dossiers, the ministry maintains on Morocco in particular and the West African affairs in general."
Posted by Sir Leo Stanley Worthing-Topper at 6:19 PM